75,084 – That’s the number of feet that stepped on (or over) our slip-resistant matting at the 2012 London Marathon! When the registration desk closed, 37,542 accepted applicants had picked up their running numbers and timing tags. 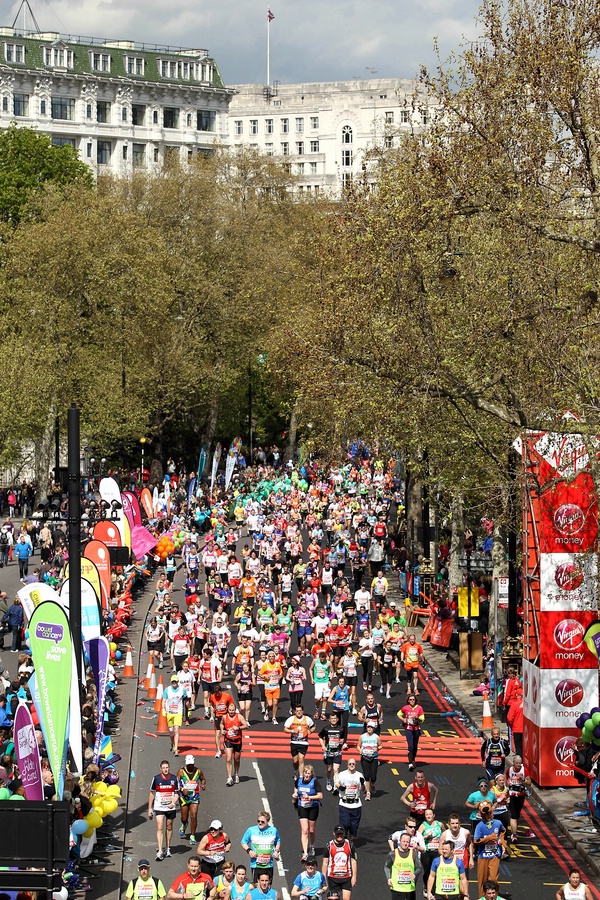 For the second year in a row, over 5,000 square feet of PEM High Friction Matting was utilized as timing mats throughout the 26.2 mile course.

While we aren’t running side-by-side with those running fanatics, we are thrilled to know we supported their efforts! Runners and fans alike were sure to notice the bright red matting spotted throughout the race, including the start and finish lines.

Marathon running is a sport of excess. Most people focus on the most popular number – 26.2 – the number of miles traveled in each race.

The 2012 London Marathon sported some other pretty impressive numbers though:

Have a race coming up?  Give us a call at 1-800-783-2358 for information about using our slip-resistant surfaces at your next event!